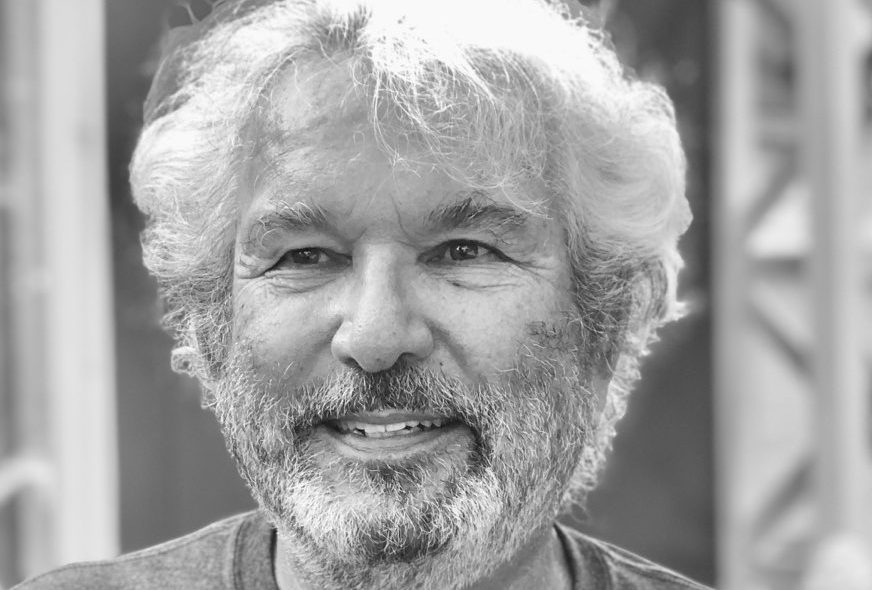 Thomas A. (Tom) Krebs died on Wednesday, February 2, 2022, from cancer and its complications. He was 70 years old.

Tom was born and raised in Wichita, KS, the son of John D. Krebs and Jeane Landry. He later moved to northeast Kansas, where he graduated from KU. Self-described hippies, Tom and several of his friends, including his older brother, Jack Krebs, and Jack’s wife, Jill Krebs, bought a piece of land in rural Jefferson County, where they built their homes. (At the insistence of Tom’s then-wife, Susan Knuth, they added indoor plumbing before their two children, Lydia Krebs and Will Krebs, arrived on the scene). Tom continued to apply his construction skills, eventually forming a two-man construction company.

Tom was a lifelong educator and education advocate. After teaching junior high math and social studies and coaching basketball in Tonganoxie for more than a decade, he earned a Masters degree in Public Administration from KU, served on a local school board, and became the administrator of an alternative-learning academy. He then worked for the Kansas Association of School Boards until his retirement in 2016, first training board members across the state and then lobbying at the state legislature and in D.C. He remained active in retirement, pursuing a number of volunteer opportunities. He worked as a tutor at Topeka High School, and in 2018 was honored as a Champion of Character for his continued work with at-risk youth. Tom was currently serving on the Board for the Kansas Children’s Service League (KCSL), working to protect and promote the well-being of children across the state. Most recently, Tom became a volunteer docent at the Topeka Zoo. There, he helped start a scholarship fund through KCSL for families who otherwise might not be able to afford to visit the zoo.

Tom was also a lifelong music lover and a talented musician in his own right. After starting out as a drummer in junior high, he played guitar (and occasionally sang) in several local bands, and in his adult life became a fixture of Topeka’s live-music scene, both as a participant and as an observer. Tom traveled extensively and attended live-music shows across the country, often with his loving companion, Linda Carberry.  True to his educator roots, Tom also helped organize the annual Jam4Dan benefit concert, which funds music scholarships for area youth.

But most of all, Tom was, as so many people have said, a really good guy. He was kind and generous to his friends and family. He was smart, articulate, and knowledgeable about so much, especially education and the social causes he championed. He was personable and gregarious, could make friends with almost anyone, and was able to civilly yet forcefully discuss things with people with whom he disagreed. He was profoundly grateful for all that had been given him by life, and extremely empathetic about those who were not so fortunate, working all his life for the betterment of society in general.

He died at peace with the life he led, knowing that this was his one opportunity to make a difference, and he did in so many ways.

Memorial donations can be made to the Kansas Children’s Service League by mailing a check with Tom’s name in the memo line to KCSL at 3545 SW 5th, Topeka, KS 66606, or by donating online.

A celebration of life (with music!) will be held at a later date.

9 thoughts on “The Life of Tom Krebs”