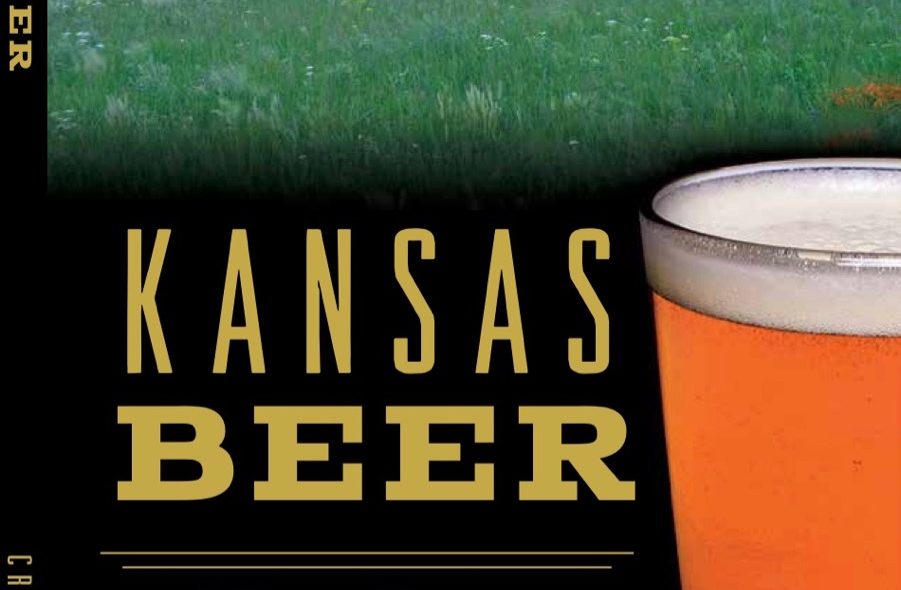 from “Kansas Beer: A Heady History”

Prohibition came early to Kansas in 1881, driving more than a hundred and twenty-five breweries out of business or underground. Refusing to even vote on the 1933 national repeal, the state remained dry until 1948, with Liquor by the Drink finally approved in 1987. Lawrence’s Chuck Magerl worked with the state’s legislature to help insert new laws allowing something (little known at the time) called a ‘microbrewery’. Chuck started the state’s first brewery in over a century, appropriately named Free State Brewing Company. This book covers the beginnings of Kansas brewing industry through its heady growth and death from Prohibition then recent rebirth. It covers most of the state’s breweries and tells their unique stories.

Some notables covered in the book…

John Dean of Topeka’s Blind Tiger Brewery counts more awards than any other brewer in the state (by a lot!) including Champion Brewer at the World Beer Cup in 2014.

Props and Hops brewery at Fly Boys in tiny Sylvan Grove, is owned and operated by an enterprising pilot who runs a crop dusting business on weekdays.

A microbrewery in the shadow of a grain mill in Beaver Kansas may have more patrons on a Friday night than the population of the town.

Author Bob Crutchfield dedicated time and taste buds traveling around the state, checking out breweries and has delivered to us this addition to local brew lit. (We want your job, Bob!) Help us welcome and congratulate Bob this Friday, March 29 at the “Meet the Author” event at Happy Basset Brewing Co. You can purchase an autographed book, pick his beer brain and learn more about his adventures, all while enjoying handcrafted Kansas beer.