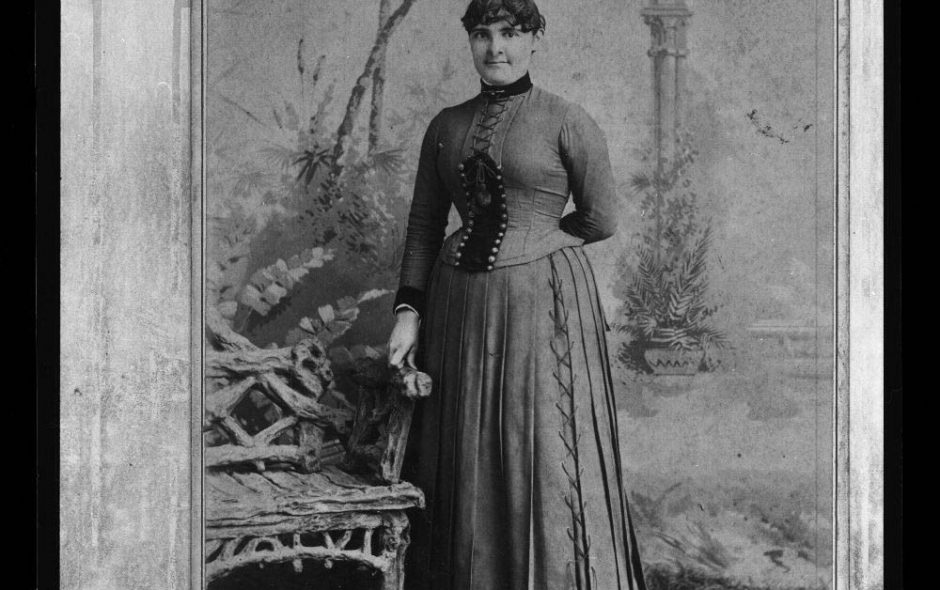 For most, the prospect of having every word of our diary shared with a social media audience would be terrifying. However, one Topekan is doing just that.

Martha Farnsworth kept a diary for nearly 40 years, chronicling everything from the mundane to the meaningful. Her entries provide a window into the world of a woman who was imperfect, passionate, at times sassy, and above-all, a woman of her time.

Martha passed away 95 years ago. Her writings provide a unique insight into life in the capital city at the dawn of the 20 century.

Today, Martha’s words are being brought to life via social media, through a unique project coordinated by the Kansas State Historical Society. By following @MFarnsworthKSHS on Twitter, users can read Martha’s daily accounts from her 1912 diary “on this day.” The project is the brainchild of Megan Rohleder, KSHS Senior Archivist. The idea came to her while she was attending a conference and a group of archivists started discussing the 19th amendment centennial commemorations for 2020.

At the same time, Rohleder read an article about a project the Massachusetts Historical Society had taken on, which involved tweeting out a line a day from the diaries of John Quincy Adams. Rohleder thought such a project would be good to take on in Kansas because of KSHS’ extensive diary collection.

From her early years, Martha’s life was anything but conventional. Born in Iowa in 1867, Martha’s mother died when she was just three years old. Martha’s subsequent relationship with her step-mother was never pleasant. By the time she was sixteen, the relationship between Martha and her step-mother reached a breaking point. Martha left her family and eventually made her way to a new home in Topeka.

Martha’s first marriage to Johnny Shaw marked another tumultuous and important point in her life. Johnny was an alcoholic, an experience that would serve as a catalyst to Martha’s participation in the temperance movement. In addition to Johnny’s alcoholism, he also suffered from tuberculosis. While Martha harbored contempt for Johnny, she cared for him through both conditions until Johnny’s death, just five years into their marriage. Martha experienced several miscarriages during her marriage to Johnny, before giving birth to a baby girl. Tragically, Martha’s daughter (her only child) passed away just six months after being born.

Martha was later remarried to Fred Farnsworth, a postal employee. By her account, this marriage left her feeling much happier. Martha became an active participant in the civic life of Topeka, working for causes like women’s suffrage, and joining no fewer than nine different social clubs. She would go on to become a member of the Good Government Club, an organization that played a pivotal role in fighting for equal suffrage in Kansas in the early 20th century. A regular churchgoer, Martha taught Sunday school for many years, building relationships with her “boys” whom she often referenced fondly in her diary entries.

Rohleder noted that seeing history through the eyes of a regular Kansan taught her a great deal about the nuances of one of Kansas’ biggest reform movements. “It has opened my eyes to some things that are glossed over in the middle school version of Kansas History. The fight for suffrage was important, but wasn’t always inclusive.

Women scored a very big win during the 1912 campaign for suffrage, but it came at the cost of black women. I’ve grown quite a bit as a historian, archivist, and person by diving into that tough subject and facing it head on.”

Some days her entries are simple one-liners, commenting on the day’s weather and her general mood. Other days are filled with her thoughts on the news and politics of the day, and her hopes for the future. In this dichotomy lies what makes Martha so relatable. Despite the important work Martha was doing in the community, she was also a very real person. She writes vividly about her contempt for her first husband, her wonder about technological advancements (like the telephone), and the joy she got out of visiting her friends.

“I think it’s easy to get lost in the noise of politics today,” said Rohleder. “There’s so much going on from both sides and it’s hard to know what you can do to genuinely make a difference. I hope people look at Martha’s words and her life and realize that they can make a difference.” When thinking about what individuals take away from the Twitter account, Rohleder replied, “It starts local, folks. Get out there! Raise some chickens! But also, march for what you believe! Civic involvement is important and there really are things you can do to make your voice heard.”

Martha didn’t know she was making history when she sat down to write her diary. She actually never let anyone else read her diary during her lifetime. Like Martha, we too are living in a time of great social and political change, both in our state and in our country.

Many of us have experienced extreme hardship and maybe even heartbreak in our personal lives. We all have relationships and activities that bring us joy and inspire us. What if we took the time to write about that? We asked Megan for advice for any would be journal-writers: “Just get something down on paper every chance you can,” she said. “It may seem mundane and unimportant, but you never know how important those conversations, buildings, spaces, thoughts, feelings, whatever will be to someone in the future.”

Maybe 100 years from now, your words will be the ones offering insight into the people, places, and ideas that made up 21st century Topeka.