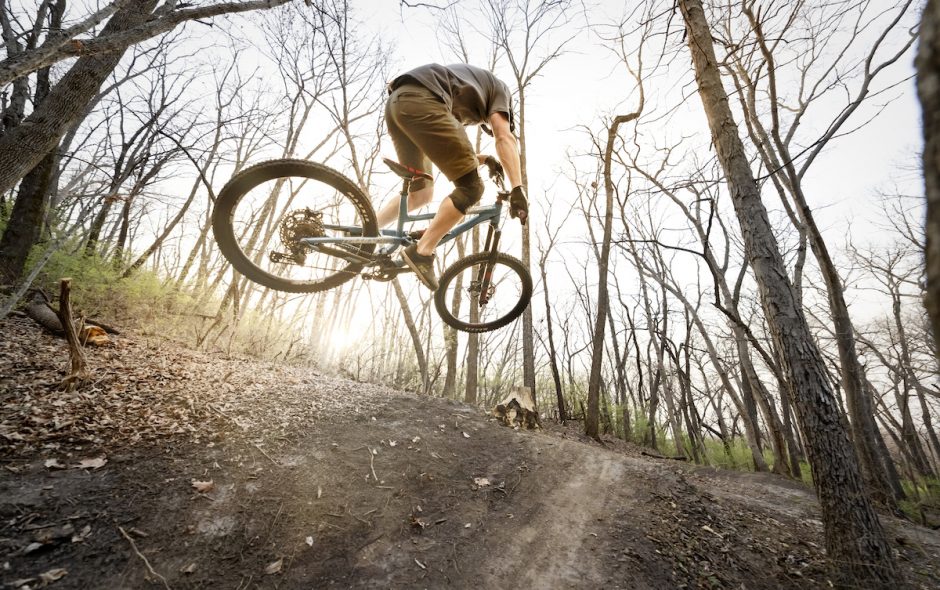 For Topeka native Trevor Dabney, mountain biking, much less trail building, was never at the front of his mind. After all, Kansas has the reputation for being a flyover state.

In his youth, Trevor sought after and excelled at two-wheeled sports, like BMX and motocross, which provided an optimal blend of adventure and adrenaline. As he progressed into adulthood, Trevor developed a love for mountain biking, a sport that saw its first big boom in the late ’90s and early aughts. The quiet connection to nature gave a respite from motorsports; he was hooked.

As he traversed the cross-country focused grades of trails at the Governors Mansion and Dornwood Park, he noticed how different the sport was locally compared to other states with more extensive trail networks.

“The sport was growing so much quicker in other states and towns that were emphasizing creative, more challenging trail systems for beginner and advanced riders alike,” said Trevor. “So if you’re looking to progress in the sport and experience the joys of mountain biking in new ways, you unfortunately had to leave town.”

That’s exactly what Trevor and his friends would do. They would pile into the car, bikes on back, and vacation in mountain biking havens like New Mexico, Northwest Arkansas, Colorado, North Carolina, and even Missouri.

If you build it, they will come. it’s not only true for corn fields and baseball diamonds, but of singletrack and mountain bikers as well.

You don’t necessarily need a mountain to mountain bike. What you need is some elevation change, some rocks and some dirt. We have plenty of that in Kansas. -Mountain Biking in Kansas? (use QR Code to watch video)

The scene isn’t unique, as any west-bound road trip participant can see vehicle after vehicle with a bike on back and a Kansas plate, headed for higher elevation and more advanced trails. With over 8 million mountain bikers in the U.S., many towns have found a tourism niche, catering to adrenaline seeking mountain bikers with disposable income that benefits welcoming communities. One of the more popular spots and examples would be Bentonville, AR which boasts miles upon miles of trails, generating an estimated $100 million plus in tourism annually.

After riding some of the best trails in the country, Trevor returned home and took note of the elevation opportunities right here in Topeka, especially at Kaw River State Park. He had developed his trail palette and had a vision. Already an avid hiker in the trial system, Trevor knew almost every square foot of Kaw trail; the project just needed a catalyst for a set of trails that would offer riders something different, something to excite and keep them in town to ride.

Utilizing the full 200 feet of elevation offered on the west end of the Kaw trail system, “Topeka DH” as casually called by local riders, winds down steep ledges, sweeping berms and boasts rocketing jumps. According to the Strava app, which allows riders to use GPS to track their activities, the trail has been a success with over 100 riders recorded, including out-of-towners.

However, TCTA’s focus isn’t just on advanced riders. Recognizing the life-long benefits of the sport for children, Trevor and TCTA created a beginner, kid-friendly trail system focused on introducing kids to the sport of mountain biking.

“Most mountain biking takes place in the woods,” said Trevor. “Most kids may never get the opportunity to ride through such a beautiful place, so we wanted to create a trail right by a parking lot with minimal climbing to allow children the joy of experiencing the outdoors on a bike while under the careful supervision of their parents.”

Mountain biking is now in the biggest boom of the sports history with events being nationally televised and more and more families realizing the benefits offered by mountain biking. There is even a competitive youth league through the National Interscholastic Cycling Association. The Shred Composite is composed of over 20 Topeka students grades 6-12. More diverse trail systems mean more opportunities for Topekans to enjoy the outdoors locally.

Seven mile network of single track, the trails meander along Deer Creak in heavily forested, rolling terrain. Near the trailhead the remnants of old stone dairy buildings can be seen. To the south, trails wind through open prairie grasses and on the northwest you roll along high banks above Deer Creek .
Not too technical and not a lot of climbing Great entry trail or for leisure.

Hills overlooking the Kansas River; trailhead access is located on the south side of the park on 6th Street west of Fairlawn Road + the north side of the Governors Mansion. The park is home to two types of trails – a wide limestone loop and two series of dirt singletracks. Adventurous bikers should look for red blaze marker noting one of the more challenging tracks in this area. “Governor’s / Kaw River State Park has a lot of elevation for climbing and fast descents,” said Trevor Dabney. “There is also this really amazing, free ride trail that someone built.” 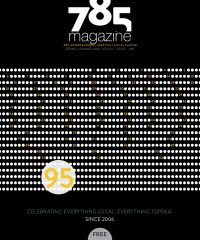