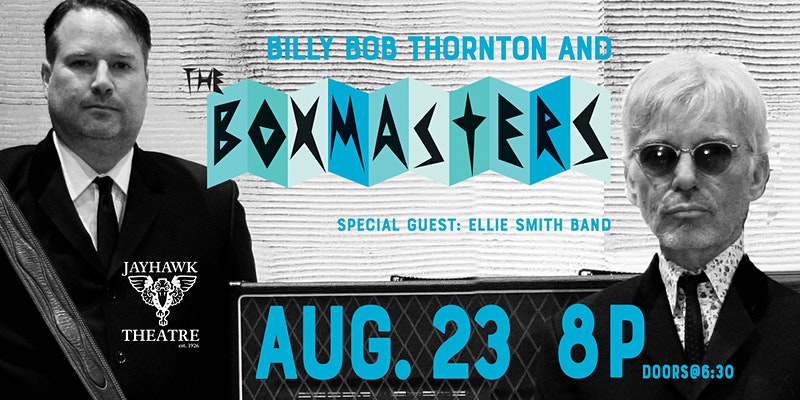 The Boxmasters have opened for musicians like ZZ Top, Steve Miller, and Willie Nelson. The band formed in 2007 and released their debut album The Boxmasters in 2008. Their most recent album, Light Rays, was released in 2020. Billy Bob Thornton has also had a successful career as an actor and screenwriter, winning an Academy Award for 1996 film Sling Blade.

Reggae rock giants Soul Rebel + The Beast sound the alarm on local, live music at Eats + Beats summer concert series Thursday, August 26. The show is from 6:30 – 9p, is all ages and free. Taquerio Mexico Lindo, Tod’s BBQ, It’s A Sweet Treat Day Bakery and Flavor Wagon will be on sight for food purchases.

Redbud Park in NOTO will be pushed to her capacity limits as Chance Encounter rocks the leaves off trees. Free show, all ages. Friday, August 20 at 5p

Oleander Cafe’s Lucky Dogs food truck will be there and the splash pad will be on.

TJW has been keeping jazz alive in the Capital City for more than 40 years showcasing local musicians and music educators.

Live music is alive in Topeka. View our concert calendar for music shows almost every night of the week. CHEERS!