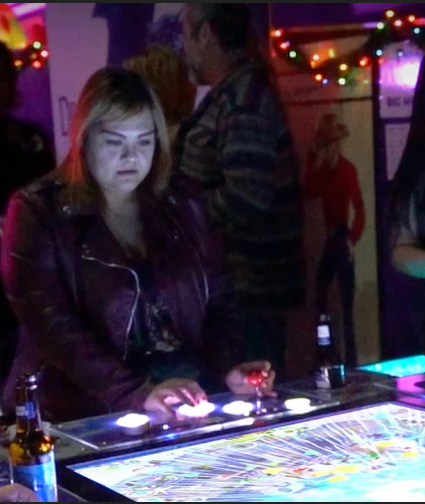 Pre-C there were many things I thought I’d never see in Kansas, among them: cocktails to go, SuperChief hosting a silver screen experience and being able to end a night out at the bar with more money in my pocket than when I arrived. Viewing Topeka nightlife with a glass half full, some exceptional opportunities have been afforded us Kansans since March 2020.

One such development is the arrival of Pace-O-Matic’s Dragon’s Ascent, a strategy game that pays you to win. Dragon’s Ascent is considered to be just this side of skill over chance which allows them to operate within Kansas’ gambling laws.

THE LAW OF DRAGON LAND

Still contested in many states throughout the country, skill based games with cash payouts are riding the line between vintage arcade mastery, where players could get their initials on the leader board with enough hours of concentration, and good ol’ slot machines, where the house always wins. Citizens age 21 or older have the opportunity to play Dagon’s Ascent, but only in Kansas and the Commonwealth (as of this printing). Dragon’s Ascent is a game focused on skill rather than chance, according to the ruling in D.C. which determined how the game fit into their standing gambling laws.

What separates skill-based games from traditional gambling is the mental progression players must follow before payout. “If you have the patience and the skill, you can win on our machines many times,” said Rick Goodling, compliance supervisor for Pace-O-Matic. “On the illegal games, the game already dictates whether you’re going to win or lose before you even press that button.”

The dragon’s ascended onto Kansas spring 2020 with just over a handful available for play in the Capital City.

“If it looks like a slot machine, plays like one, it is one,” Fred Waller, enforcement agent for KRGC, FOX4 (November 21, 2019 – Illegal machines were sized from four metro businesses in Leavenworth). “And the only place in Kansas those are legal are the state owned casinos or tribal casinos.”

Quarter Pushers and Cherry Master slot machines have attempted to skirt the law to no avail, with decade-old headlines announcing KRGC agents in Topeka destroying dozens of illegal gambling devices. Possession and operation of these devices is illegal under Kansas’ long-standing criminal stautes, because all of the machines involve the necessary elements of illegal gambling under Kansas law, including “prize, chance and consideration.” The limited exceptions to illegal gambling include licensed bingo games, regulated tribal gaming, licensed parimutuel racing and wagering, and the state lottery (including casino gambling).

Gambling’s winning formula is the presence of three things: chance, consideration and reward. In order for something to be considered gambling, it must have all three elements. Chance means the ability to win is random or luck. Consideration is what you pay to play (this can be in the form of money, tickets in a raffle or purchasing a chair at a poker tournament) and Reward, the prize you get if you win. Removing the Chance from the equation, Dragon’s Ascent, a skill-based game, has less than three elements thus not fulfilling the requirements to be labeled gambling.

For local bars the winning formula is Dragon’s Ascent, as it has continued to support small businesses during the COVID pandemic, becoming a location top earner.

PLAY IT WHILE YOU CAN; HERE’S HOW AND WHERE

In Topeka, two-person cabinets or DualPlay can be found at Oscars, The Dugout, Skinny’s and the eight-player (featured in photo) called an OctoPaly can be found at Viking’s Grill and Happy Basset Barrel House. *More machines are now located at bars including Victoria’s, The Dugout and Gayle’s.

Players pay for a reservoir of shots to capture dragons, then win money depending on how effectively they shoot the dragons among fourteen variables, such as color, shot power, and multipliers. The game consists of seven fixed scenarios, which repeat and can be learned by an attentive player. A player can win back more money than he or she puts in, without random number generators or algorithms to alter the odds. The sequences and rewards are fixed, and there is no element of chance in determining the player’s reward per shot. Players may cash out at any time and receive the cash value of their credits from the establishment operator, but must do so the same day.

Check it out, if you’ve got money to play with. Whether it winds up being money lost or gained, it’s definitely entertainment. Oh, and sanitize the controls when you’re done.