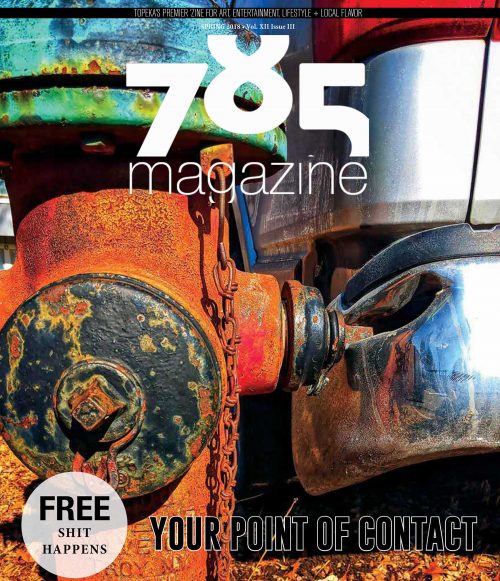 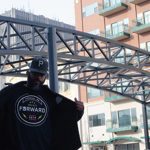 The Other Side of the Tracks

I stand alone on the subway platform four days after Racquel’s burial, unshaven, and cigarette burns in the cuffs of the crumpled silver button-down shirt I put on the morning of her funeral. I toss my phone down into the tracks and check to see if the lights are making the corner down the tunnel. My destination isn’t on the color-coded map stretched along the wall on the other side of the tracks.

Last week we were about five hundred miles apart. Even though we’d been married eleven years I still struggled with the distance. She was so funny. I needed her to make me laugh constantly. Our vows were like a prescription with unlimited refills, she’d make me laugh and I’d stop having anxiety attacks. I couldn’t wait for her to return from her conference. Now that she’s gone she might as well be on Jupiter. The ocean between us is much too wide to swim across in my body. So, shucking it off is the only way to close the gap and reunite with her, my Racquel.
She was in Philadelphia for a convention. I think it was all comedy magazines and journals and she was a keynote speaker and panelist for a few different topics that week. I called her every night before I went to work at the warehouse. She’d be ending her day or getting ready to join some folks at the bar and I’d be setting out in the snow and cold off the shores of Lake Eerie to work sixteen-hour days. Sometimes at work that week, I’d tweet at her knowing she wouldn’t respond until morning but it made me feel like we were talking. She told me I spent too much time on Twitter and maybe she was right because when she died not once did one of my 2500+ followers tweet a condolence or so much as a sad emoji. Granted, I didn’t tweet anything about her death until that moment on the subway platform but I thought maybe one of my followers would chance upon the news and extend a little 🙁 face to express their sympathy.

I listen some more for the train. The tunnel is dark and silent. A rat runs around the corner into the darkness.

The night before she was due back in town I took my name off of the overtime board and told my boss I wasn’t feeling up to another sixteen-hour day. I’d been fighting a cold all week and couldn’t wait for my weekend to start after that shift.

I am at my station doing my job, minding Robot #1 and counting down the hours until her flight gets in at five-thirty a.m.
Sometimes I talk to the robot at work. I gauge its intelligence. “Can you spell liaison?” I ask. Its hydraulic wheeze is the only reply. Before I leave for break, moments before my temporary replacement gets within earshot, I invite it to a game of cards. It just keeps stacking boxes. I ask it, “When are you content?” It does not answer, only stacks. I say to the robot, “You are just a machine. No heart.” The robot strikes me. Its wires got crossed. I think. I go to break after the on-duty nurse checks me out to see if I’m concussed.
In the break room, I play solitaire and watch the television out of the corner of my eye. The skyquake events growing stronger though no evidence of a cause. It’s always loud in the break room and I can always make out three of the same voices louder than the rest; Hoozy, Babbitz, and Nikolai. They always lay their opinions down like tombstones. What they think has to be the last word on any topic, no matter how trivial. I stopped sitting at their table a year ago. I like to sit alone. It gives me time to read the news and tweet. I fly under the radar, even though I know coworkers call me Dexter and Unabomber and things like that. They don’t laugh though when I have to explain words like juxtapose and misogyny and pronounce them aloud like some kind of impromptu Schoolhouse Rock episode when they sometimes strain to read the newspaper. As loud and as bright as the break room is, it never feels like a break at all when I’m in there. I look forward to returning to my robot.
The skyquake events growing stronger though no evidence of a cause.
I watch its movement for eight, sometimes sixteen, hours a day. Or, night, I suppose, since I work the graveyard. If you step back far enough and use the right eyes, the robot looks like a big arm from shoulder to meat hook; like if you took a human arm and riveted the shoulder to the floor. The base of the robot is round and bolted thoroughly to the floor. Its mast rises straight up. It’s probably about seventy or eighty inches in diameter and narrows a bit toward the joint. At the joint, an arm sticks out about six feet and has a pneumatic clamp pressurized to just the right amount so that it can hoist three cases side by side without crushing them. The mast rotates 360° and the arm has a range of motion from the floor to about ten feet in the air. The robot sits between two lanes where the pallets slide in empty, are filled, and slide out full of product. My job is to watch the robot. Should a problem arise I either fix it if it’s minor or get on the radio and call for maintenance. Generally, there are no problems and I spend my nights hypnotized by the incessant dance of the giant robotic arm enveloped in the warehouse’s industrial music. The hydraulic wheeze. The pneumatic whoosh. The ratcheting chain drive beneath the sliding pallets. Behind me, the heavy noise of an army of forklift drivers honking and cursing and laughing as they try to keep up with the algorithm handed down from eight or nine desks up the food chain. I don’t know any of the forklift drivers. They’re in a different department. I watch Robot Cell #1. Straight down the line are nine more robot cells with their own minders. Oh, yeah. That’s what my job title is: Minder.

“Knox, you pulling sixteen again?”
“Not tonight.”
“What’s wrong? You feel okay?”
“Racquel’s back from her conference and we have our anniversary today.”
“Oh, congrats, Knox. What does she do again?”
“Thanks, Amesh. She writes funny editorials for her mag.”
“Oh, right. The comedy mag. You two have big plans to celebrate?”
“Don’t know. She’s keeping it a secret.” 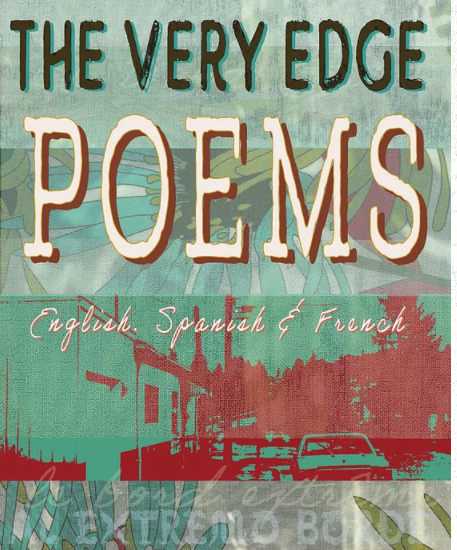