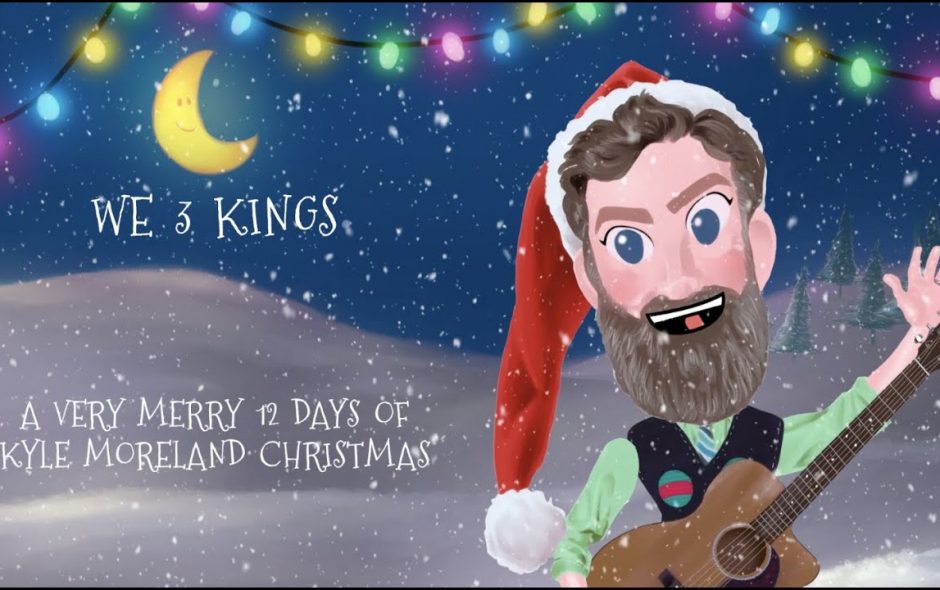 “There’s a little bit of magic in every show”

Tapping into that special something that’s in the air this time of year, “A Very Merry Kyle Moreland Christmas” concert is celebrating its 15th year of entertaining Topekans and giving back.

“It started as my Christmas gift to my family,” said Kyle Moreland of the annual event, now “it’s a huge part of our family’s tradition.” The festive variety style concert began in 2006 and was held at World Cup, where Kyle worked at the time. All involved enjoyed the intimacy and espresso vibe the 21st + Washburn coffee shop provided, but after nine years they had outgrown the venue. The show moved to Serendipity in 2015, a venue which accommodates more than 200 fans; ticket sales were continued with the cost of admission being the monetary amount you could or felt like giving–ticket proceeds have benefited Topeka Rescue Mission for the past 10 years.

The show is a major creative effort each year and 2020 marks its crystal anniversary, something Kyle is proud of and had desired to celebrate in a big way, alas the global pandemic raged on, slashing the concert’s in-person capacity to zero. In June, Kyle knew they would have to move venues once again, this time to online, but the summer air was filled with anxiety and panic, all but halting any creative development. Work for “A Very Merry 12 Days of Kyle Moreland Christmas” music video series began at the end of September and will (must) wrap two days before Christmas. “If there’s a silver lining to this weird experience,” said Kyle, “it’s that we’ve tried to record many of these songs over the years–it took a pandemic–and we did it in just three months.”

Under the creative video direction of Blake Kresge, the core band comprised of Kyle, his wife Sarah Moreland and Manda Barker on vocals, percussionist Chad Nigh, Josh Melcher on electric guitar, Dave Owens on bass, Andrew Mitchell on the keys, Erin Schramm on violin and the Murphy horn section (Haley “Holloman” and Ronnie Murphy) got to work. Keeping true to show tradition, musical guests joined the band, this year in vast numbers spanning both oceans. “People who have performed over the years were able to participate no matter their location this year,” said Kyle, “that was icing on the cake for me.”

Every year Kyle captures some magical holiday air and gifts it to Topeka; a Santaesque deliverer of Christmas wonderment. In a year stuffed with uncertainty and annual traditions up in smoke, it’s beginning to feel a lot like Christmas and we’re very merry.