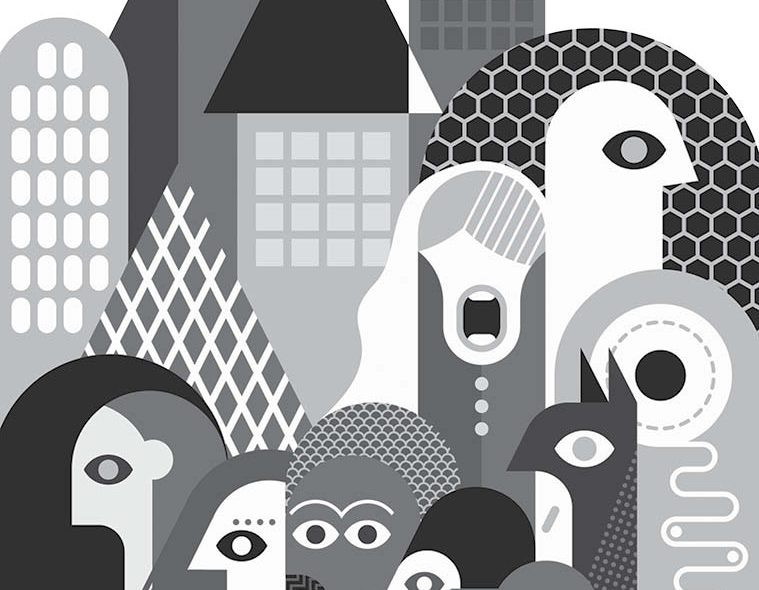 A total of 567,715 individuals were counted and classified as homeless in HUD’s 2019 nationwide “one-night count,” showing a 3% rise over the previous year. Of those individuals, 37% or 211,293 were ‘unsheltered’ meaning they sleep outside or uninhabitable places. According to the same report, 2,279 individuals in Kansas were homeless (up 10% from 2018) and according to topeka.org 419 citizens were classified homeless in Topeka. The homeless are often perceived negatively and socially rejected. With staggering numbers and a likely increase following the world-wide pandemic, it is inhumane to continue to turn a blind eye to these individuals.

Homelessness in Topeka was brought to light last March when residents of Tent City were forced to vacate the property they resided. Tent City refers to one homeless camp located just north of Kansas River near the 300 block of NE Curtis.

The majority of the homeless individuals were occupying BNSF Railway’s property, with some staked on plots owned by City of Topeka, Topeka Rescue Mission and private citizens. Property rights, safety, and liability were all arguments for concern, but the fact remains this exodus created chaos for those already living in unbearable situations.

It was truly heartbreaking to hear the sound of despair in people’s voices. I recall one lady I helped during the transition, she was crying and explaining how it felt to be forced to move away from what she considered home. She explained that Tent City is a community; they have built a bond, friendship, and even felt like family to one another.

The incident with Tent City brought forth the obstacles homeless individuals are faced with when trying to better their life. In Topeka, only a handful of programs assist this population: the Homeless Task Force, Topeka Rescue Mission, Valeo (all three organizations helped relocate members of Tent City last March) and Cornerstone of Topeka. Although great resources, none of those organizations appear well-suited for assisting the chronically homeless. Chronically homeless, as defined by HUD, is “a homeless individual or head of household with a disability who lives in a place not meant for human habitation, a safe haven, or in an emergency shelter; and has been for at least 12 months or on four separate occasions over the last three years equally 12 months.”

The Homeless Task Force, a conglomerate of local government entities, social service agencies, medical and mental health providers, offers resources to be utilized for developing plans of care for those in need. Topeka Rescue Mission (not city funded) provides meals and temporary housing; it is not a permanent solution. Valeo provides beneficial mental health and addiction recovery services, and does provide some housing, however, individuals must be diagnosed with severe and persistent mental illness. Cornerstone of Topeka provides accessible and affordable temporary housing for up to six months, however individuals must be referred from a shelter or social service agency Topeka has a variety of resources, none of which are effective, long-term solutions.

Nation wide, there is an abundant amount of short-term resources. A commonality within the homeless population is having difficulties managing mental health or substance use disorders. The majority of centers and organizations require sobriety and stability before being accepted into a program. With the perspective of a chronically homeless individual, the main priorities are the basic human needs of food, water and shelter. These individuals are living off of survival instincts–to attempt to begin the process of sobriety and stability without professional help is remarkably difficult. With that realization, Doctor Sam Tsembris founded a concept called Housing First.

Understanding the need for shelter is above all else, Tsembris focuses on assisting individuals into a home before they begin the recovery phase. Pathways to Housing First National’s mission is to “transform lives by ending homelessness, and doing so by providing immediate access to permanent housing, without preconditions.” They aspire to change the practice of mental health and homeless services by providing support and treatment based on choice and services that support recovery, social inclusion and community integration.

Housing First is a proven strategy to diminish the amount of homeless individuals and a model that has been replicated across the world. According to Housing First, PHF “maintains a success rate of 85–90% over a period of five years.” With years of implementation and research, the model is open to utilization for communities in need.

It is no secret that the cost of having a number of community members living in shelters and on the streets is a burden. Having individuals who find themselves in jail, the emergency room, or a psychiatric hospital can accumulate on private and public dollars. The only way to combat this is to provide a solution, and Housing First seems to be promising. Although donations and handouts are welcomed and appreciated, the true need of this population is a hand up.

One thought on “A Hand Up for Homeless”